7 laws of time management for more efficiency at work

7 laws of time management for more efficiency at work 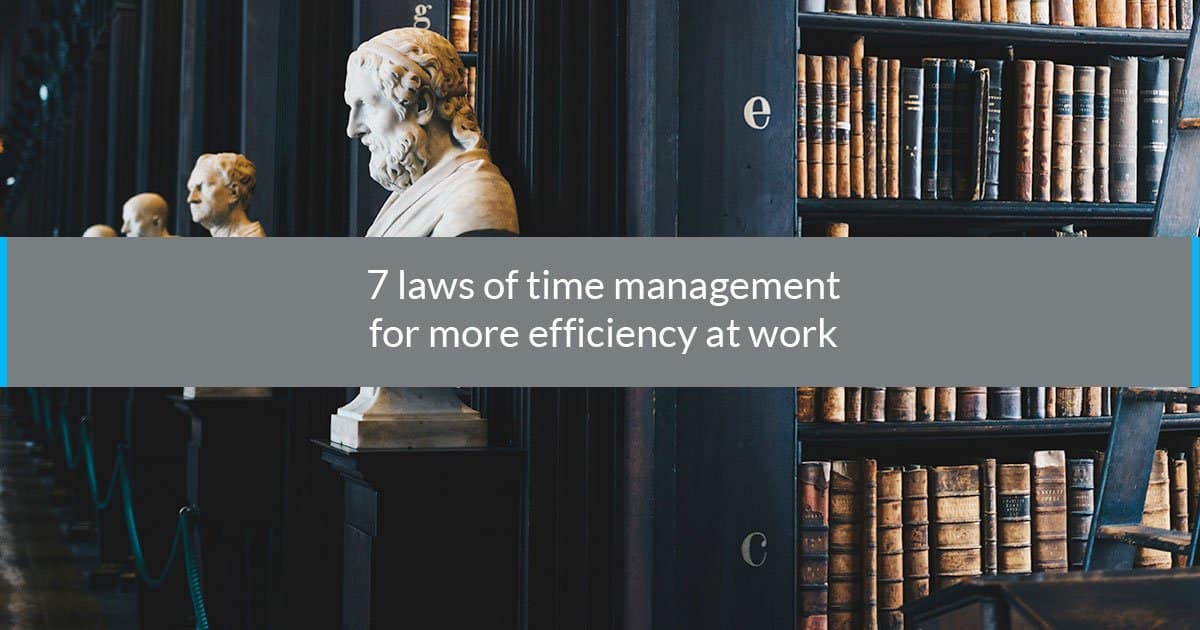 In project management, to be high performing and to succeed in all your projects, you need to be organised and productive, know how to effectively manage your time and anticipate risks.

Did you know that laws and principles exist which rule work life?

Here are 7 of them that you will inevitably meet in your project manager career and which are important to know in order to effectively manage your projects and guarantee their success.

“Anything that can go wrong, will go wrong”

This is Edward A. Murphy Jr, an American aerospace engineer, who developed this pessimistic law. Also known as Sod’s Law or the Law of toasted bread (you know, the toast in the morning that always lands buttered-side down), this principle is verified regularly at work when hazards come to delay your projects.

Lesson to learn : this law makes you always think of the worst, pushes you to anticipate potential problems and to relflect on solutions to limit them, or indeed eliminate them.

Also known under the name the 20-80 law, the Pareto principle says that 80% of the effects are the product of 20% of the causes.  Invented at the start of the 20th century by Wilfredo Pareto, an Italian economist, this principle is verified in a number of domains, and particularly project management.

For example, this principle means that 80% of revenue is produced by 20% of customers or that 20% of projects give 80% of the results. The Pareto Principle therefore helps you to identify the most important task to carry out.

Lesson to learn : you should take another look at your priorities, concentrate on the most important tasks and delegate the secondary tasks. Do not hesitate to stop the projects that are not profitable and are making you waste time as well as human and financial resources.

Parkinson’s Law is a fundamental law for work organisation. It was published by Cyril Northcote Parkinson, a British writer, in an article The Economist magazine on the 19th November 1955.

The principle of this law is the following: “Work expands so as to fill the time available for its completion.” In a nutshell, the more time we have to complete a task, the more time this task will take.

Lesson to learn: set reasonable and realistic deadlines for the accomplishment of your tasks and make regular points to follow progress.

With this law, the Swedish economist Sune Carlson states that all interrupted work will be less effective and will take more time than if it was completed in a continuous manner.

It is proven: interruption seriously harms productivity. Telephone, emails, discussions between colleagues and other outside distractions prevent you from concentrating and doing your work as effectively as possible. Did you know that it takes us between 3 and 5 minutes to get back to work? On on a workday, this makes up a big loss of time.

Lesson to learn: reduce interruptions as much as possible. Only consult your emails twice a day, avoid multitasking, start a task and finish it before passing onto the next one, and isolate yourself to work as soon as possible.

Also called the Law of Diminishing Returns, Illich’s Law says that “beyond a certain threshold, human efficiency decreases, even becoming negative.” It is Ivan Illich, an Austrian ecologist thinker, who came up with this principle.

Beyond 90 minutes spent on a task, our attention and our effectiveness diminishes. The more we try to continue working, the less high performing we are. If you do not manage to finish a task, stop worrying and take a break.

Lesson to learn: learn to take breaks. At noon, take a real lunch break. Go and eat outside on your own or with colleagues or leave to take a walk, but avoid eating a sandwich in front of your screen. Your brain needs breaks to be productive.

According to Henri Laborit, a French surgeon and neurobiologist, our behaviour drives us to do what makes us happy first. At work, our instinct makes us avoid stress. It is because of this that we procrastinate, in other words we postpone a task until the next day. Laborit’s Law is also nicknamed “The Law of the Least Effort”, underlining the fact that we prefer to carry out tasks that give us immediate satisfaction.

Lesson to learn: start your workday with the most difficult/hard task, then offer yourself a reward as soon as it is finished. Plan your days in advance depending on the difficulty of your activities.

Also known as the Law of Schedule Slipping, Hofstadter’s Law says that “it always takes longer than expected, even taking into account Hofstadter’s Law.” It was stated by Douglas Hofstadter, an American academic, in his book Gödel, Escher, Bach : an Eternal Golden Braid (Pulitzer Prize) published in 1979.

For Hofstadter, we are often wrong in the evaluation of the time needed to carry out a project, either by ignorance of the work to be done, or to please the hierarchy by voluntarily announcing shorter deadlines. However, deadlines are delayed and schedules slip and shift.

Lesson to learn: the project manager and their team should estimate more fully the time needed to complete their project. Assume that it will inevitably fall behind. It is better to finish a project earlier than planned, rather than the other way around.

Take these laws and principles into account to be more effective at work and in project management. And in order to improve collaboration and performance within your team, do not hesitate to adopt a collaborative platform like Wimi. 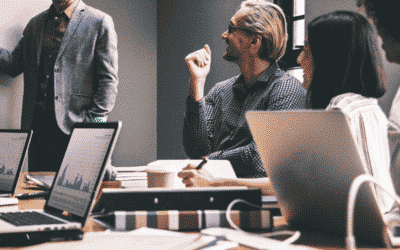